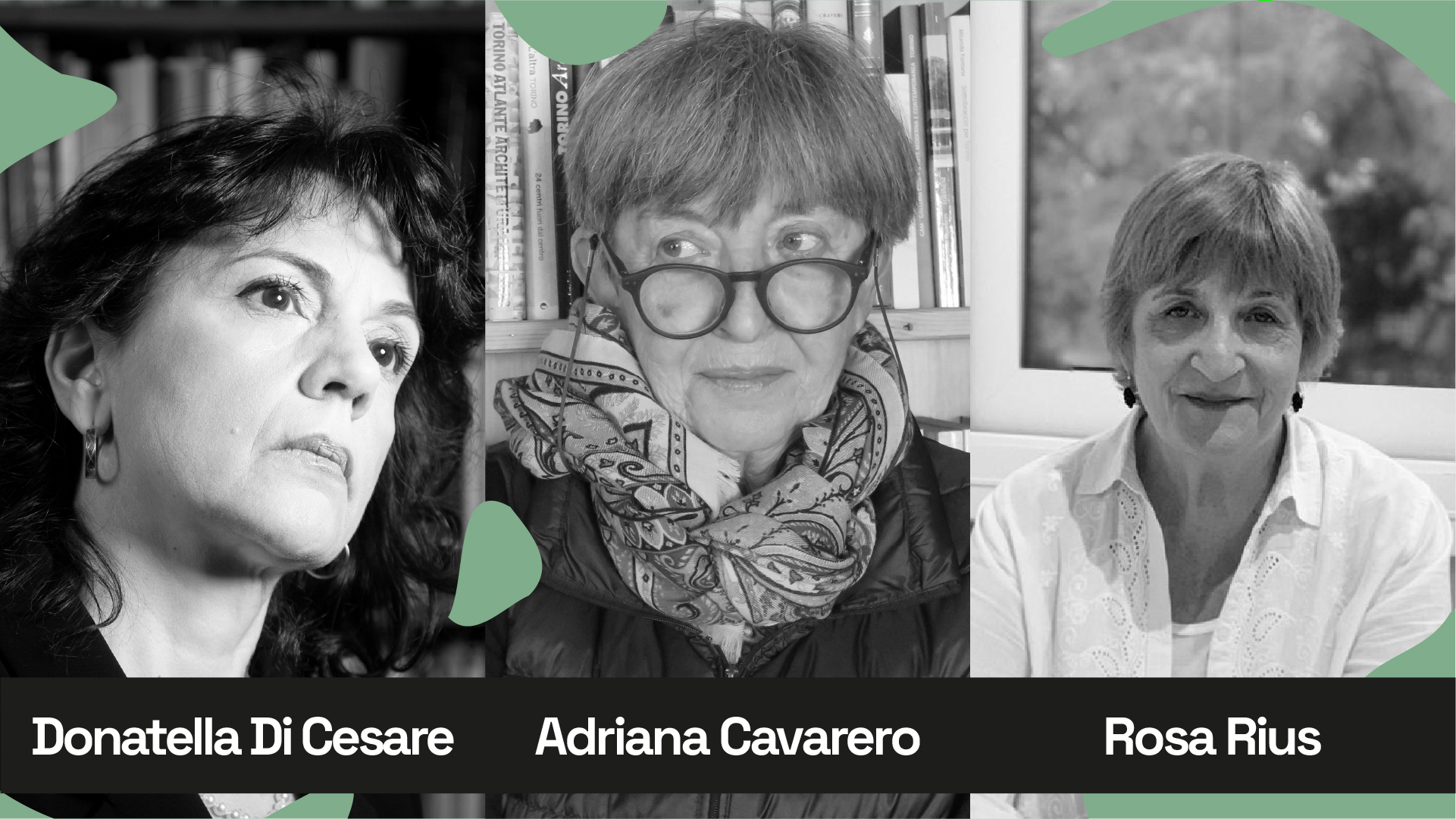 Faced with the aggressive, totalitarian winds blowing once again in Europe, the 21st century forces us to rethink the fundamental concepts of politics with particular urgency. What is at stake for us and for future generations is the very idea of democracy, often mentioned in our speeches but so often trivialised, even turned into a word with positive connotations but generic and empty. We need to go back to the very root of our material experience of democracy as the participation of a plurality of actors, equal but different, interacting in a shared physical space. In this respect, as Hannah Arendt shows us, democracy is politics itself in its founding moment. Democracy is not just a form of government that is better than others. It is above all the material dimension of interacting pluralities rediscovering public happiness as the thrilling emotion of engendering power. The authority of Adriana Cavarero and Donatella Di Cesare will help us to analyse and clarify the dilemmas of our disturbed times.